Although the height from one woman to another differs, the consensus all over the world its that women are generally shorter than men.

For example, here are a few countries demonstrating that the average height of a Women is shorter than the Male according to Wikipedia.

How Much Taller Are Men Really

When you go through the full list of countries, you can pretty quickly pick up a recurring theme. That is that Women are on average 5 to 5.5″ shorter than Men. This is not to say that there aren’t tall Women, but on average they have been found to be shorter.

By why is this?. What could possible make Men taller than Women all around the world. What makes the average height of a Dutch Man about 3 inches taller than an American man and their Women 2 inches taller than American Women. There are several factors that sort of explain why it is so, while there are non sex related reasons to why some people are taller than others.

Both boys and girls start puberty around the same time along the growth chart, however the development of boys is much slower. Their growth spurt therefore tend to come towards the end of puberty. Due to this, the boys tend to have sudden and serious growth.

It is at this particular time that they shoot up and become much more taller than girls. This is why it is estimated that the average man is 13cm taller than the woman. For females, the growth as compared to the boys is gradual through out puberty, hence no sudden sprouting therefore why they are shorter.

However in some cases that does not help and has caused the female to be much sorter than average. Regardless of whether silenced or not, having double the X chromosomes is why women are shorter than men, as the men only have one, therefore balance is in a males height development.

It is also said that the Y chromosome that is in men and absent in their female counterparts, helps in height and developments. Another is the chromosome 15 or CYP19 code for aromatase, that is used to convert testosterone to oestrogen in both sexes. For the males however, especially during their development stages, their testicles produce more and more levels of testosterone, which is immediately converted into oestrogen which greatly helps influences height development.

It is normal for bones fusing over at the ends. Aromatase is more effective on longer bones such as the bones on legs. Due to the levels produced in the boys, this encourages further level of growth. This level of testosterone produced when the boy is undergoing puberty is tenfold more than a females, thereby fueling the increasingly height in men.

Sometimes however both parents could be short and end up having tall children, or vice versa whereby the parents are tall but their child is short. All these are brought about by the genetic combination of the parents, coming together to make up the genetic build up of the child. In such case, where there is vast height differences, this is the distant genes of the parents coming to play. Whereby the father, or grandfather’s happened to tall. Height at the end of the day, although it may not flow, from son to father to father is generational, therefore, the influence for height are usually in the family line.

Nutrition and Environmental Impacts On Ones Height

These two factors are also said to influence the height development of both men and women. Nutrition entails the food taken, and boys generally eat much more food than girls do. General care given to one’s body can also influence your height. This includes partaking in exercise as well. Typically boys are more active than girls from a young age, and like to keep their bodies engaged in activities.

This is how the environment influence comes into play. What ever Men are engaging in, be it sporting activities or social activities it usually stems around physical activities.  However, this is only a small influence on the height of individuals. Since the boys are often more active, therefore this affects the height development, and a small part as to why Men are taller and women.

On an environmental level, the countries wealth is often an indication of height expectancy. Countries where food is cherished as it it is more scarce tend to be shorter than those of the more developed countries which have more food on their plates. There are stories based on levels of food intake and dwarfism. Where food is scarce and hard to come by, dwarfism has been more present.

Men Are Just Taller, Does That Make Them Better?

So you can see there are varying reasons an speculations as to why Men are taller than Women. Or is it that Men are just larger than the average size human was ever intended to be?. Perhaps men just outgrew the mould. Which ever way you look at it, height should not be an indication as to having authority over another Human.

Men like tall women, and Women like tall men with a mixture of in between all over the place. So regardless of your height, live your life to the best you can. Remember you only get one shot at it whether you are a tall female or a short male. Embrace life.

But if life as a tall women is getting you down, the easy solution is to find a Dutch partner. The average height for a Women from the Netherlands is 5’7″, which is 3 inches taller than American women. So a tall American women would certainly not look out of place in the beautiful country that is the Netherlands. The reasons why dutch people are taller is not 100%, but it’s certainly a nation full of tall people.

Not All Men Are Taller

Height, there’s no avoiding it. You’re either taller or shorter than the person next to you. Genetics play a huge role in […] 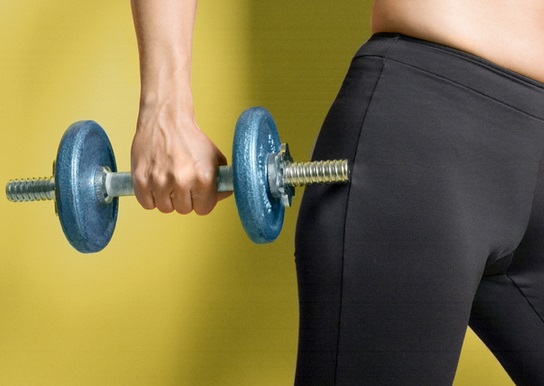 When discussing the question “are taller people stronger than shorter people?” there are a number of different variables that come into play. […]